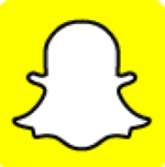 Did you know it would take you 10 years to view all the photos shared on Snapchat in the last hour?

Created in 2011, Snapchat is a photo and video messaging application for smartphones and tablets. Each picture and video sent is called a “Snap.” When it was first introduced, many people used it as a way to send funny, self-destructing selfies of themselves to their friends.

In one of the first blog posts penned by the creators of the app, they wrote, “Snapchat isn’t about capturing the traditional Kodak moment. It’s about communicating with the full range of human emotion — not just what appears to be pretty or perfect.”

Now, it has grown into a platform that many businesses use to advertise, and many stories are created that give a peek into someone else’s life, but we will get into that further down.

How does this thing work?

In case you aren’t familiar, Snapchat allows for people to send photos and/or videos to one another that can only last 10 seconds. Celebrities, brands, news outlets, friends, family members, and entire cities are able to visually document their daily lives to have an insider’s perspective on how others see the world.

Besides directly sending one another messages, Snapchat created a tool called “Snapchat Stories,” where a user can add any photo or video to their public story for all their friends to see at one time. It is Snapchat’s version of a news feed, like one would find on other social media platforms such as Facebook and Twitter. These stories last 24 hours, and display a list of users that have seen your Snaps.

Also, on the stories page, there are sections entitled “Discover” and “Live,” which correspond to different types of content. Discover usually has media outlets like Cosmopolitan or Comedy Central, as seen in the picture below. Live is a very unique aspect, especially in the sense o getting a perspective from another place in the world. These topics range from special events happening that day like awards shows, sporting events or holidays, and they also focus in on one particular city of the world each day. One day users in London might be posting to the London Snap Story, and the next day there could be a Sydney Snap Story. The global possibilities are endless, and users really feel closer to the region Snapchat is highlighting that day.

A statistic derived from the U.S. Census Bureau, more than 60% of U.S. 13-34-year-old smartphone users snap. However, Ireland is the top country based off Snapchat usage. Everyday, there are around 7 billion video views. When put into perspective, that’s one view per every human on Earth, even if they don’t have a Snapchat account. That’s a lot of views. How many people do have accounts? 200+ million. Also, about 70% of Snapchat users are female. To check out more info on Snapchat demographics, check out this article from Omnicore Digital Marketing Agency.

With these numbers and age group, it is safe to say that Snapchat could be used as an advertising tool for millennials.

How can I get involved?

According to this article in Forbes, not every small business needs to advertise on Snapchat. But, if you are targeting the age group 13-34, it should be an option. There are specific ways for advertisers to promote their message on Snapchat, which will be highlighted in a future post. Keep an eye out for the next Snapsterpiece!

Being able to add anyone through their username, and getting a visual perspective of their lives, Snapchat has proven to seem the most intimate amongst its users. Especially since you know who and when people see your content. In the picture below, you can see who has opened your Snap, who hasn’t, and who screenshot it to save it to their personal photo album, (probably to remind themselves of how funny or great you are!).

Overall, Snapchat is FUN! You can draw, add emojis, write, use the Snapchat filters and deliver a message in a 10-second, visual form. So from a business perspective, it allows you to add a youthful and visual twist on messages and promotions. Hopefully after this post, you can understand a bit more of the mystery behind the ghost.